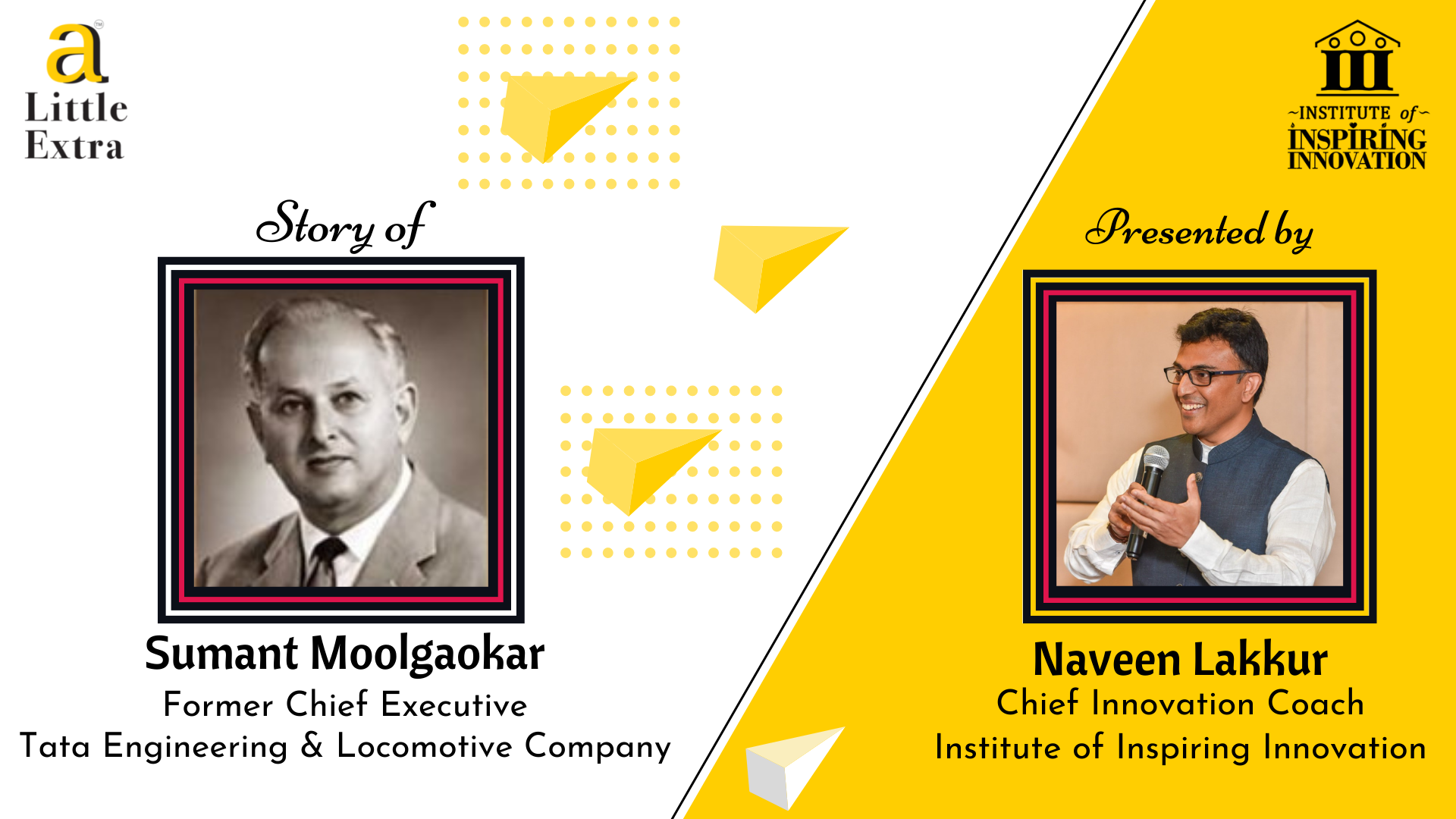 The said quote from the book ‘a Little Extra’ sets the theme for ‘a Little Extra’ story of Sumant Moolgaokar was an Indian industrialist, known as architect of Tata Motors. He was the chief executive of Tata Engineering and Locomotive Company.

Every day top executives of Tata Motors used to take lunch together but some days, Sumant Moolgaokar used to take his car and go out during Lunch Hours and come back as soon as the Lunch Break was over. There was a grapevine that he was offered lunch at a Five Star Hotel by some dealers of Tata. One day when some executives followed him during Lunch Break, they were surprised to see that he stopped his car at one Highway Dhaba, ordered food for him and sat with the drivers of trucks who were eating food at that dhaba. He discussed with them what was good and what was bad in a Tata Truck, jotted down and came back to his office. He used to improve upon the experiences of drivers. Such was Sumant Moolgaokar’s zeal for improving the Tata Vehicles. He always felt good about the work he did and the work done by Tata Motors, he wouldn’t stop there, he wanted to be a Little Extra…He wanted to know his customers well and did not miss any opportunity to spend time with them and learn from them and their experience, only to ensure the customers life is made easier and others feel good because of their work.

Tata Sumo was introduced in 1994 by Tata motors. The car was one of the first passenger vehicles designed in India and within three years of its launch Tata Motors sold 100,000 Sumo vehicles. It was known for its ruggedness and capacity to maneuver in tough terranes. The world thought Tata Sumo was aptly named after those wrestlers.

Tatas wanted to be a Little Extra in appreciation and honour of a true corporate wrestler and contributor. A sincere Tribute to Sumant Moolgaokar, known as the architect of TATA Motors. Tata Sumo is the biggest corporate tribute paid by the company to it’s executive. Su stands for Sumant and Mo stands for Moolgaokar, brand name TATA’s bestowed on him for the work he did.