Being creative to see your imagination come true is extraordinary 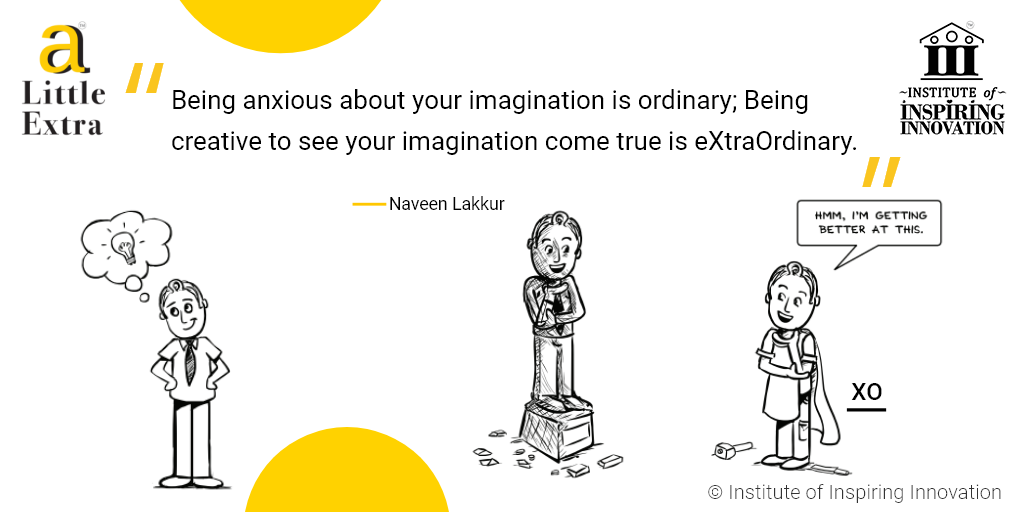 As put rightly by Albert Einstein in his quote below, imagination has no boundaries.

“Imagination is more important than knowledge. For knowledge is limited, whereas imagination embraces the entire world, stimulating progress, giving birth to evolution.”

It takes passion, commitment, and consistency to mould imagination into reality. Because of visionaries, we got the printing press, the computers, the AR, etc. There are many noteworthy personalities and their innovations that took the world by storm. Let us read about a few.

Story 1 – Let There Be Light

People who use their imagination creatively to develop a solution to help humans and the planet in few and far between. Though the world saw four industrial revolutions, the desire to improve human productivity has remained common and has been a primary concern. This resulted in the usage of fossil fuels in plenty. The idea of running economies sustainably has remained on paper.

Hayden Wood and Amit Gudka had had enough of how energy companies were treating their customers. While the hefty fees burdened customers, it had a cruel impact on the planet. They founded Bulb with a mission to help companies lower bills and reduce carbon emissions.

When they started, they were called crazy and delusional. An alternative energy company in London was treated as no less of a joke. But, Wood and Gudka knew London, and they understood the pulse of Londoners.

Adamant and passionate towards their goal of creating green, clean, and accessible energy, in 2015, they set up ‘Bulb,’ an innovative energy company that had the traditional energy industry turn on its head. Bulb is the UK’s fastest-growing energy supplier, providing 100% renewable electricity and 100% carbon neutral gas.

The firm went a Little Extra and soon built a base of 1.6 million customers, or as they’re called ‘members’, in just five years. A team of 3 people has expanded to 550 employees, everyone working towards the same goals – clean and green energy.

According to their records, an average member lowers their carbon impact by 3.4 tonnes of CO2 a year. Bulb helps lower carbon impact by 20.4 million tonnes. With every new ‘member,’ they add into their family, walking one step closer to saving the planet.

Story 2 – The Rise of Mobile Games

The gaming industry has seen changes and has ridden the wave of technological advancements. Gaming companies have improved on their offerings, be it in graphics or storytelling. There are only a few gaming companies that have carved a niche.

Robosoft started as a software product development service with a focus on the Mac market. Little did Rohith Bhat know that Robosoft would be one of the biggest gaming developers when they began in 1996. Robosoft launched two subsidiaries, one for utility apps and one to launch games called 99games.

99games began in the coastal town of Udupi, Karnataka when most startups saw big cities as a platform to grow big. Their games have been innovative and have found downloaders aplenty. With more than 15 game titles and 20 million downloads, they are on their way to becoming one of the sought-after game developers.

In the late 2000s, PCs, consoles, and handheld devices such as Nintendo DS and PSP were considered gaming platforms. It was the launch of the first iPhone that changed the gaming industry. 99games develops games only for the iOS user and has been working closely with Apple since the beginning.

Bhat believes that it is imperative to study customer behavior and address their needs to succeed in the ever-growing industry. With over a thousand employees, 99games has grown exponentially since it’s humble beginnings in 2008. The team has been using its imagination creatively to win over customers despite competition from AR, VR, and PC games.

Story 3 – The Air We Breathe

Air quality is a rising concern owing to global warming. According to IQAir AirVisual’s 2019 World Air Quality Report, 21 cities in the list of 30 most polluted cities in the world are in India, an alarming statistic.

When Madhusudhan Anand’s daughter developed breathing problems, the idea of monitoring air quality was sowed in his head. He started tracking the air quality within his home. Madhusudhan, along with Akshay Joshi, and Jaideep Singh Bachher, founded Ambee in 2017 to develop a solution that measures the real-time air quality with proprietary sensor data.

Ambee started with sensors but soon realized it wasn’t a viable solution. With their expertise in data science and technology, they built an air quality data network accessible to anyone anywhere with an internet connection.

The team went a Little Extra and utilized multiple sources of satellite imagery, government pollution data from across the world, meteorological data, and pull data from many open-source air pollution data platforms.